GDP: What GDP Means And Types of GDP

GDP, a fairly common term, is an abbreviation for Gross Domestic Product. Through this article, we will help you understand what GDP exactly means and why is it important?

"The total monetary value of all final goods and services produced and sold in the country."

GDP is one of the most widely recognized pointers used to measure the country's health as it considers various factors that include consumption and investment.

Gross domestic product is also one of the most intently viewed and significant financial pointer for the Common man, Businesses, and definitely for the economists and investors because it represents the total monetary value of all goods and services produced by the country during a specific period.

Typically, GDP is measured during a defined time period, most frequently, quarterly, or annually.

The size of the economy of the country is recognized based on its GDP.

Gross simply means total. No matter what the product is used for - investment or consumption, the final sales price is what will be considered as the amount.

Domestic is the geographical criteria followed when calculating GDP. Only goods and services produced within the countries borders are considered under this criterion.

The product represents the economic output or the production of final goods and services sold in the market.

What does GDP include?

As GDP is a representation of the total dollar value of all goods and services produced by an economy over a specific time period, it is perhaps the most closely-watched and most-important economic indicator for both economists and investors.

Since GDP only calculates the total monetary value of products, it is essential to calculate only the completed product's final price. It will not include the cost of the parts that go into making the product. This is because the costs of the parts are already included in the price of the final product.

Consider a carpenter who uses wood, nails, and glue to make a table - GDP will only include the table's final cost but not the cost of the glue and the nails.

Let's get into GDP specifics:

In the U.S., GDP is measured quarterly by the Bureau of Economic Analysis (BEA). Every month, they release a quarterly estimate as and when they receive updated data.

'I' is business investments

The figure is generally expressed as a percentage because it changes from one period to the next.

Theoretically, GDP can be viewed in three different ways:

Each country has their own statistical organisation which compiles the data from all sources. Most countries follow established international standards to calculate GDP. The Global standard for measuring Gross Domestic Product is detailed in the System of National Accounts, 1993, compiled by the International Monetary Fund, the European Commission, the Organization for Economic Cooperation and Development, the United Nations, and the World Bank.( source : IMF.ORG)

There are two types of GDP:

Nominal GDP is measured with the current market prices; therefore it is also known as Current-Dollar GDP. Nominal GDP takes into consideration the increase in the price of everything (inflation).

Unlike nominal GDP, real GDP doesn't take price inflation or the impact of exchange rates as well as trade policies into consideration. This allows the comparison of GDP from different years and gives an accurate view of the economy's growth. It is also known as Constant GDP.

Nominal GDP is always higher than real GDP due to inflation.

What is GDP growth rate?

The percentage of increase in the current GDP when compared to the GDP collected in the previous time period is the GDP growth rate.

The ideal GDP growth rate is roughly 2% since this allows for sustainable economic growth without inflation risks. Asset bubbles are also common if the GDP rate is higher than 2%. Both of these can lead to downturns in the economy.

GDP of every nation is measured in its local currency. So, comparing the GDP of two or more countries who do not use the same currency requires converting the countries' GDP in question into U.S. dollars and then comparing them. The conversion can be done either by using

The value of a country's currency as compared to another country. Market exchange rates are usually free-floating and change based on supply and demand in the market.

International organisations such as the IMF also calculate and publish global and regional GDP growth.  This data gives a clear picture on how fast or slowly the world economy is moving and how are the different regions and individual economies of the world  growing.

The IMF website mentions, "The aggregates are constructed as weighted averages of the GDP in individual countries, with weights reflecting each country's share of GDP in the group (with PPP exchange rates used to determine the appropriate weights)".

Now, let's understand if you can use the GDP growth rate when you want to compare the growth between two or more countries. The more the population, the larger is the GDP. Trying to gauge the growth of countries based on GDP alone isn't the right way to compare their progress.

Instead, for more accurate observation, one must refer to the country's standard of living reflected in its GDP per capita. To calculate GDP per capita, simply divide a country's GDP by the number of people living in. It is to be noted that Real GDP data only can be used to make this calculation.

GDP for Economists and Investors

GDP is a very critical data point for economists and investors as it is the measurement of the output or economic production or growth for a nation. Both these factors have a relatively large impact on the economy, whether it is Stock markets, Individuals, businesses, monetary policies, and retail investors.

While GDP sounds like a term used mainly by economists and Governments, it has a close impact on every individual's life and business. So let's start from the most feared word these days "Recession"- What is a recession?

A recession is a period when a country's GDP did not grow or shrank by some percentage points.

GDP directly or indirectly affects all businesses and individuals as GDP and unemployment rate go hand in hand.

When the economy is doing well, and GDP is on the rise, it represents growth in production, leading to more employment, as businesses hire more labor to meet the economy's growing demand. As compared to this, if there is de-growth in GDP , it may be an indicator that an economy is in a recession or moving towards an economic downturn.

For example, due to the current Covid-19 crisis, many businesses like travel tourism, retail, and multiple other services were forced to lay off employees or even go out of business themselves. This is leading to lower production in the economy and, therefore, a lower GDP. Conversely, as GDP is the indicator of the country's health, a lower GDP leads to reduced investor confidence in a country and less capital inflows. Lesser Investment and interest in the country's economy in turn leads to organizations or governments having lesser money to expand or grow the businesses, finally leading to layoffs, furloughs or cancellation of contracts. Thus ultimately affecting every household and business

Investors pay attention to the GDP because even a minute change in the GDP numbers–either up or down–can significantly impact the stock market. In general, a bad economy usually means lower earnings for companies. And this can translate into lower stock prices.

As per Investopedia "Investors may pay attention to positive and negative GDP growth when they are devising an investment strategy. However, it's important to note that because GDP is a measurement of the economy in the previous quarter or year, it is better used to explain how economic growth and production have impacted your stocks and your investments in the past."

Jobs, investments, and personal finance, all of them are affected by GDP. In fact, keeping a close eye on GDP's growth rate can also help decide the best international opportunities to invest in.

The Federal Reserve also uses the GDP growth rate, to determine its monetary policy, which in turn effects the corporates, investors, and Individuals

A healthy economy guarantees a reduction in unemployment levels. When businesses hire a more significant workforce, they, in turn, increase the salary drawn to meet the economy's growing demand.

Hence, before investing, it is crucial to look into the economy's positive and negative GDP growth to decide the strategy. While you do this, it is also important to note that while this shows you the market's past, it is not very helpful in predicting the future.

In a sentence, GDP is the pulse of a country. It can shed light on the country's downfall and indicate aspects taking the country to new heights. 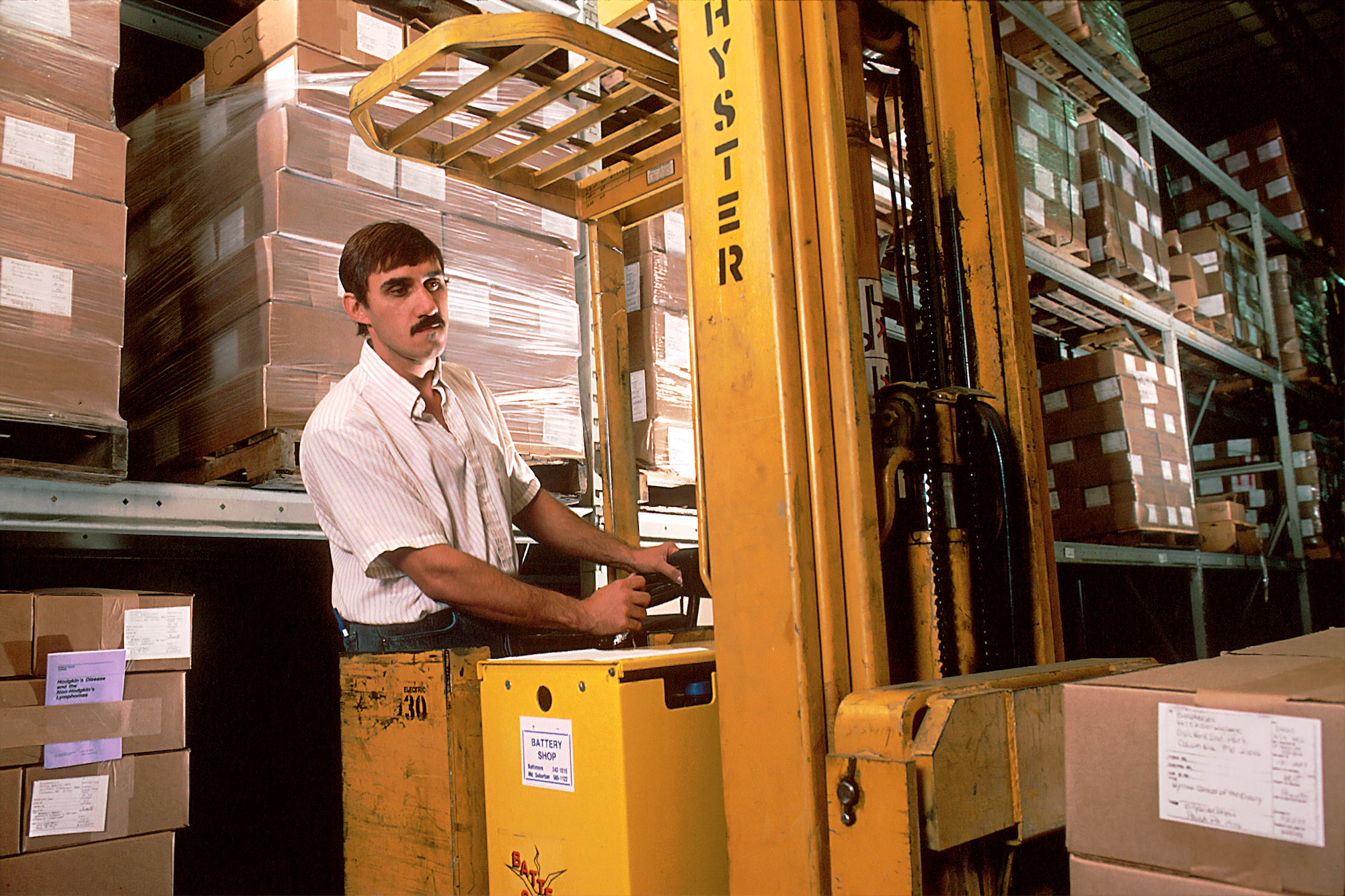 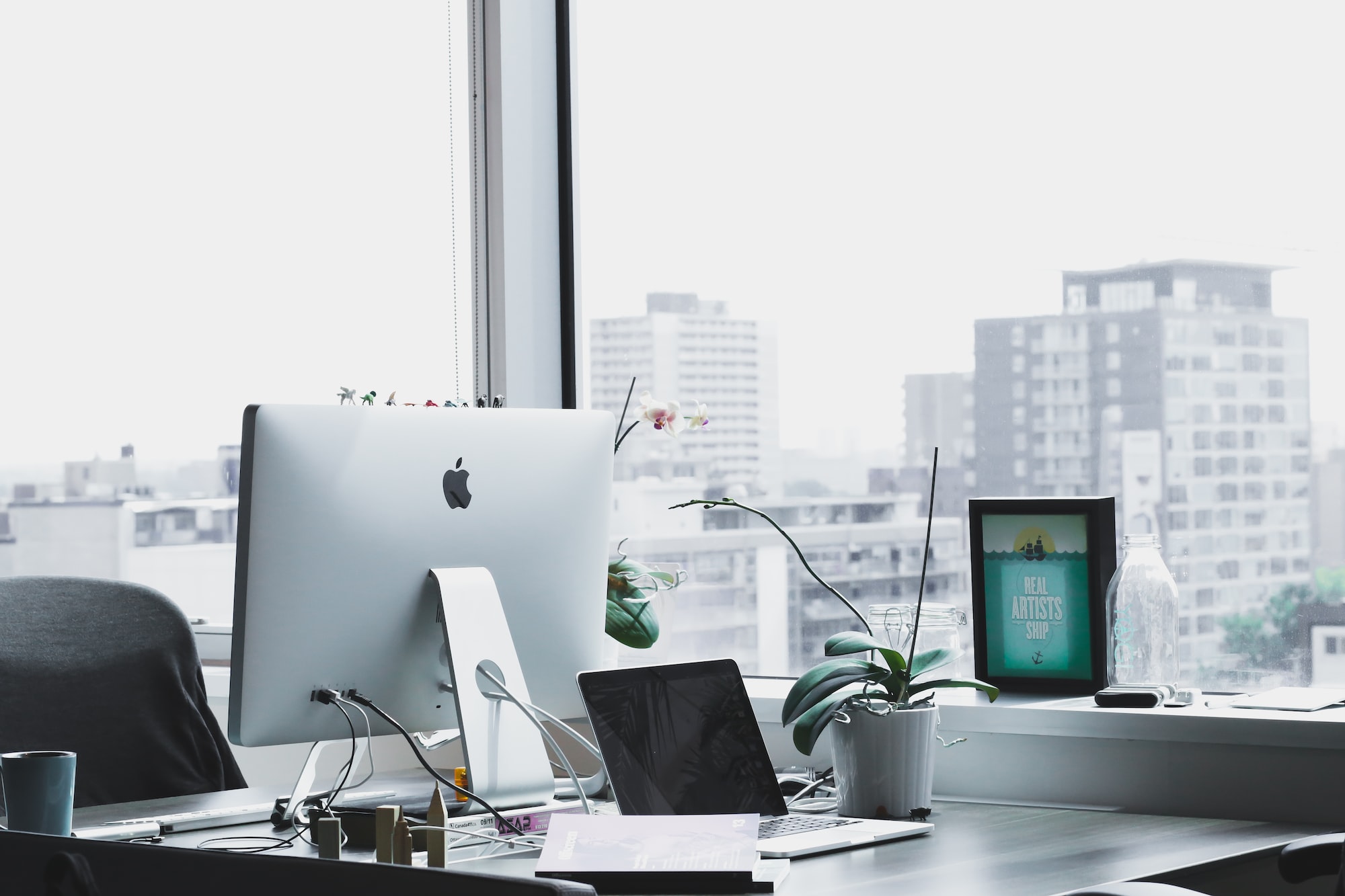 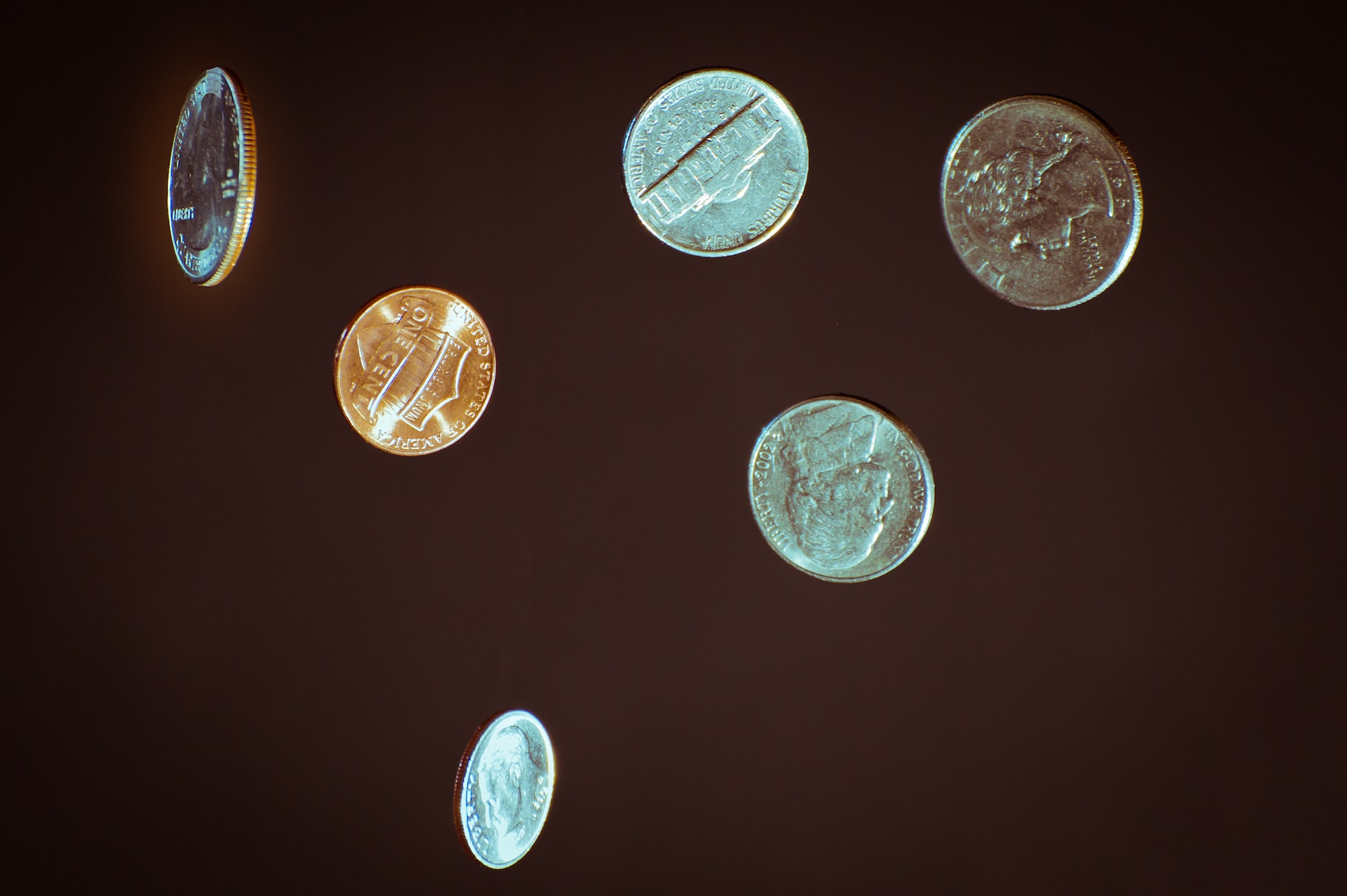 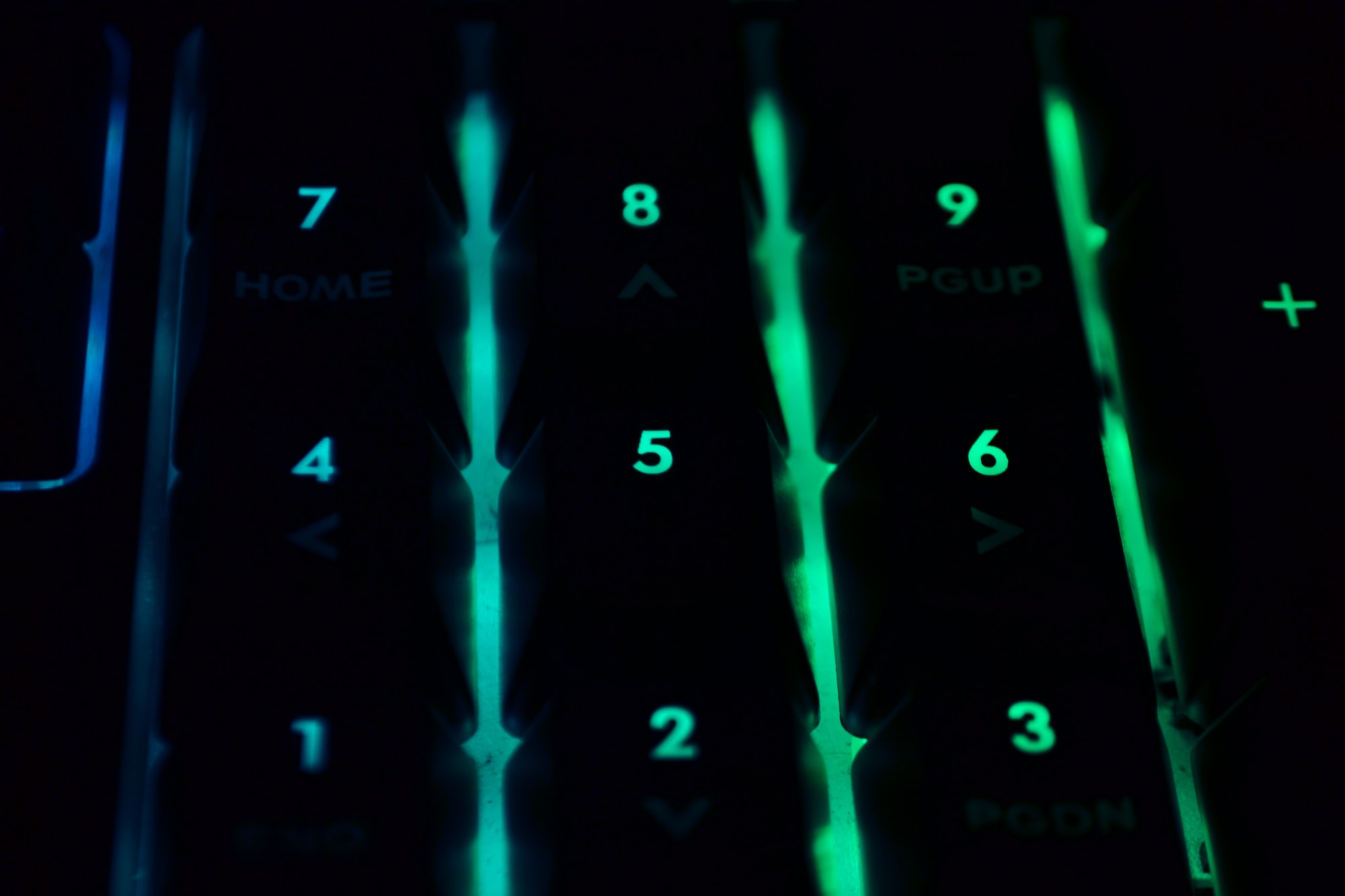 What Is Cost of Goods Sold (COGS)? Definition, Calculation, Examples

Deskera Partners With Salt Edge to Automate Banking For Its Customers Across The Globe. 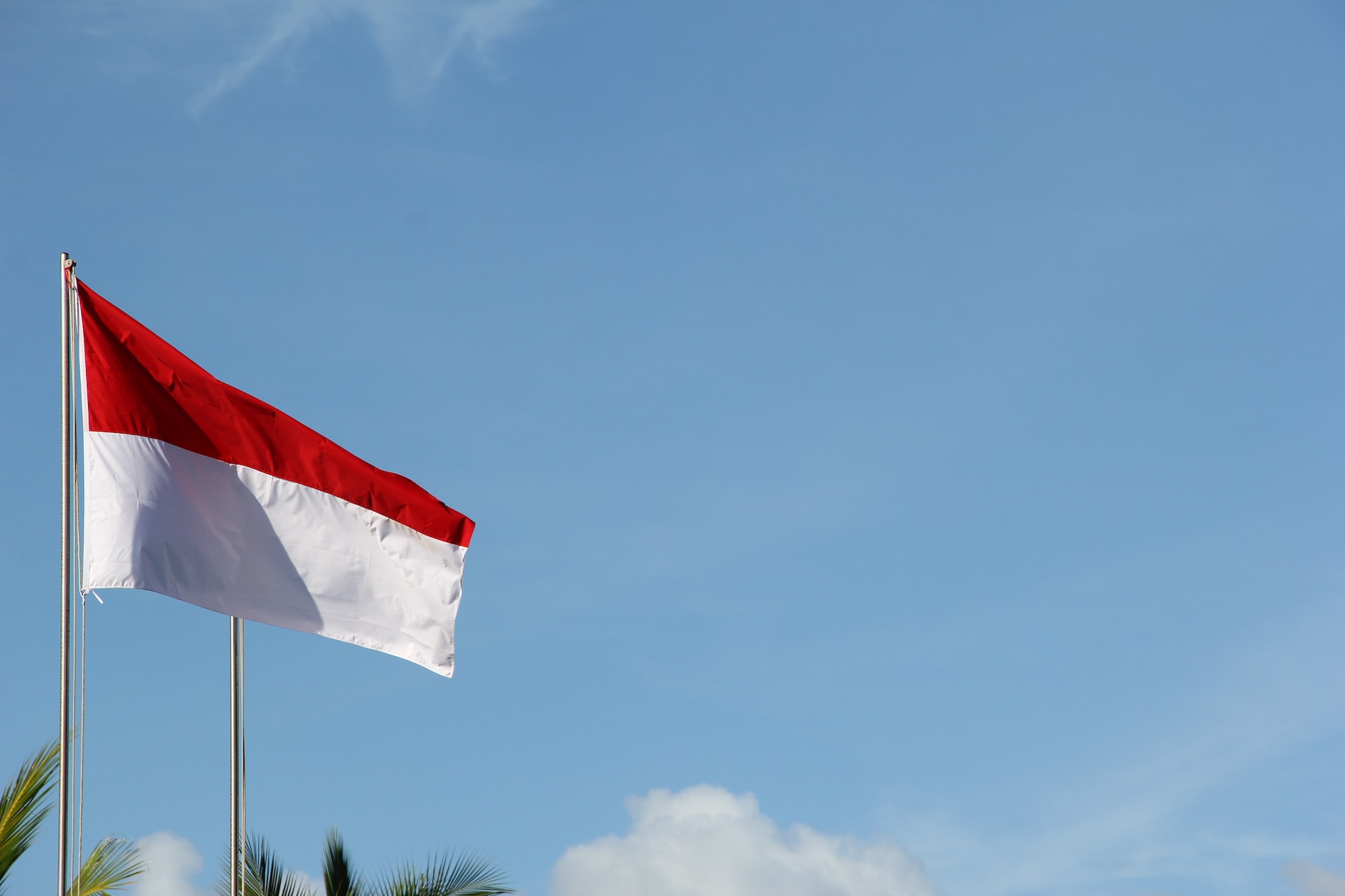 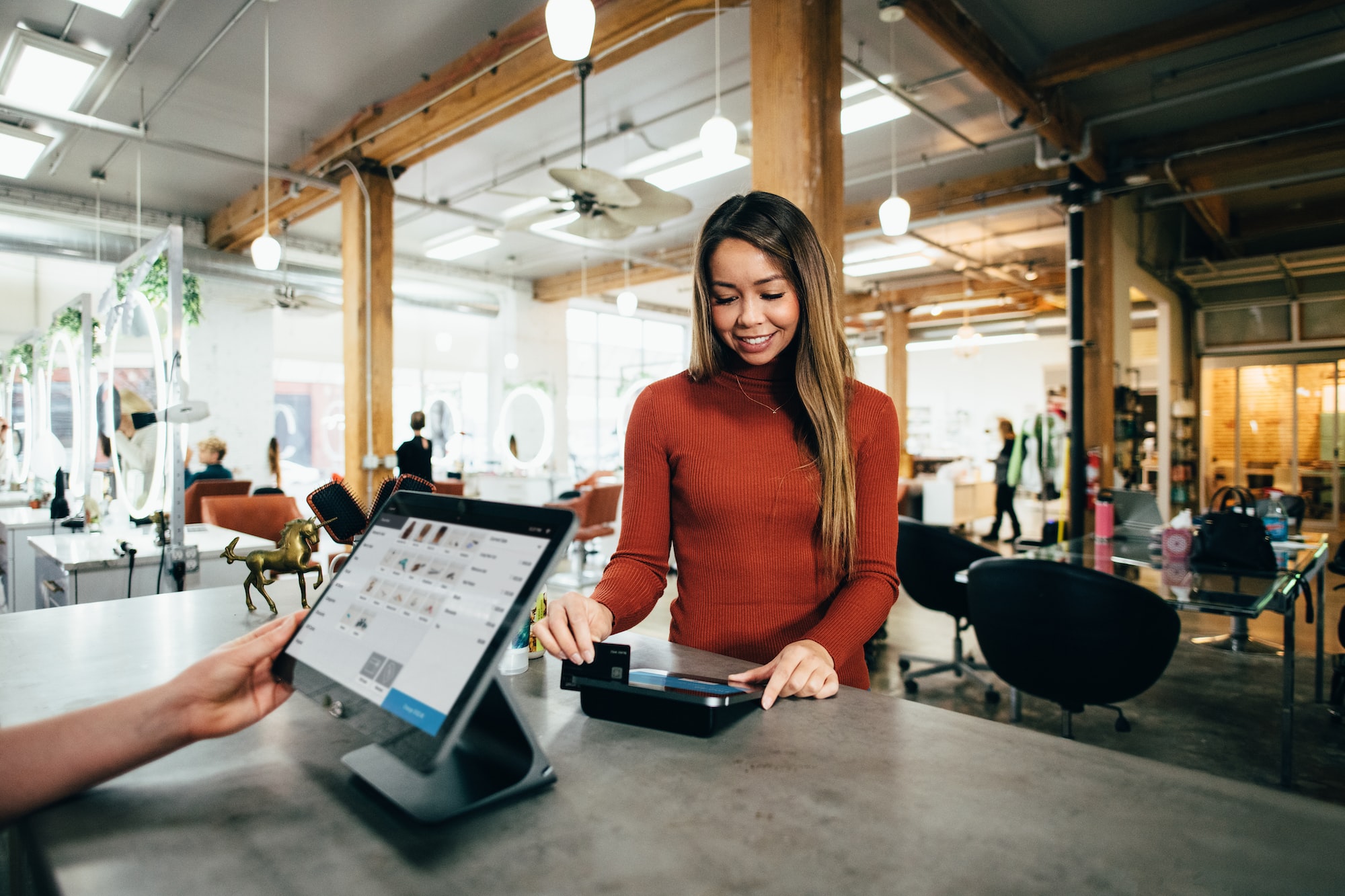 How to Improve Customer Retention? The number of mobile business users is increasing every day. At Deskera, we have designed our business app by understanding the requirements of a business owners. Our mobile app allows business owners and executives to run their entire business from their phone.
30 min read 3 days ago

Bootstrapping an online business?Looking to create an online community that thrives on customer engagement?Want to leverage innovative marketing…
6 min read 10 days ago

Pick-Pack-Ship describes the in-house order fulfillment process of picking products within a warehouse, packing them in the appropriate packaging, and shipping them out promptly.
14 min read 11 days ago
Subscribe
Join the newsletter to get the latest updates.
Great! Next, complete checkout for full access to Deskera Blog
Welcome back! You've successfully signed in
You've successfully subscribed to Deskera Blog
Success! Your account is fully activated, you now have access to all content
Success! Your billing info has been updated
Your billing was not updated